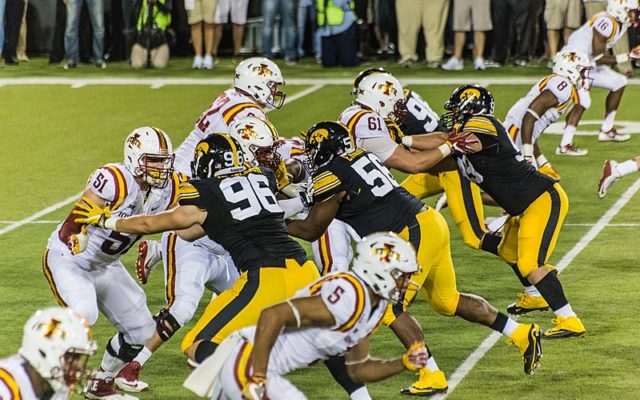 A report from a Kansas City law firm says the foundation of discipline in the Iowa football program allowed some coaches the bully and demean athletes and many black players felt targeted. Forty-five current and 29 former players were interviewed following allegations of racial bias in the program. Athletic director Gary Barta says the “Iowa way” became viewed by many players as the “white way”.

Iowa parted ways with long-time strength coach Chris Doyle last month. Barta remains confident in the ability of Kirk Ferentz to lead the program forward and there will be no other personnel changes.

The report says the program adhered to a philosophy that mandated conformity and discouraged individualism. Iowa coach Kirk Ferentz.

Ferentz says he has learned over the past month that the Iowa program was not as healthy as he thought it was.

Ferentz says while they are implementing changes to make the program more inclusive it will still be based on discipline and toughness.