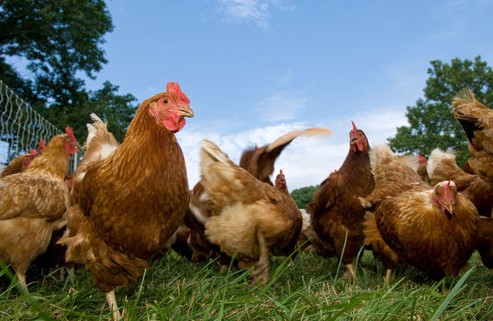 Photo by Missouri Department of Agriculture

POTTAWATTAMIE COUNTY, IA (Radio Iowa)  Bird flu has reached Iowa for the first time since 2015 when the virus wiped out millions of chickens and turkeys. Testing confirms the disease has been found in a small flock of chickens and ducks being raised in a backyard in western Iowa’s Pottawattamie County. State Veterinarian Jeff Kaisand says all the birds at the site have been killed and incinerated to prevent the spread of the disease.

“We have no other cases in Iowa and it appears that with the work we’ve done with the flock that there weren’t connections to other flocks,” he says. There were three other backyard flocks within 10 kilometers of the birds that caught avian influenza, but Kaisand says tests show none of those flocks have caught the virus. The 10 kilometer zone covers parts of Pottawattamie and Mills Counties and Kaisand says there are no commercial poultry operations in the area. Iowa Secretary of Agriculture Mike Naig says Iowa is now the 13th state to have a confirmed case of avian influenza.

“Given what’s been happening with high path influenza across the eastern part of our country, this is unwelcome news, but it’s not unexpected,” Naig said. The flock that’s been euthanized was a very small and considered “non-commercial,” according to Naig. That means the birds likely were being raised to lay eggs. Officials believe the flock of chickens and ducks caught the virus from wild birds in the area.

“The virus does appear to be very prevalent in wild birds, so the next few months during the northern migration and the Mississippi fly away will be a time of high alert for all poultry owners, regardless of the scale,” Naig said, “small back yard to large commercial scale.” Naig says state and federal officials along with the poultry industry are implementing the emergency plans that have been developed since the 2015 bird flu crisis. The state veterinarian is asking anyone raising birds to make sure the flocks do not have contact with wild birds who can carry the disease, but often do not show symptoms.

“And what is absolutely critical and the thing we can’t stress the most…is report sick birds or unusual bird deaths to state or federal animal health officials immediately,” Kaisand says. People should assume that ALL wild birds are carrying the disease, according to Kaisand, and biosecurity measures should include changing shoes or boots to ensure the virus isn’t carried into a barn or coop on footwear. The 2015 bird flu epidemic led to the deaths of 30 million hens and one-and-a-half million turkeys in Iowa.