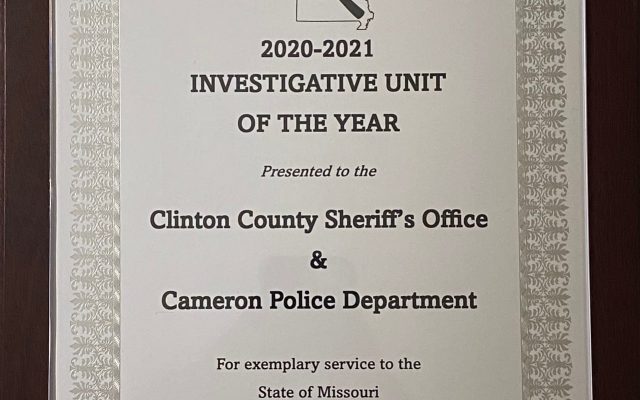 An investigation into multiple burglaries and vehicle thefts around the area by officers with the Clinton County Sheriff’s Office and Cameron Police has led to the investigative team being honored by the Missouri Investigators Association.

In January 2020 Clinton, DeKalb, Daviess, Harrison, Livingston, Carroll and Clay Counties were hit with a string of multiple burglaries and vehicle thefts along the Interstate 35 and U.S. 36 Highway corridors.

In Mid-February officers with the Clinton County Sheriff’s Office and Cameron Police Department began working together developing a timeline of the crimes and following leads into three states and six counties. After hundreds of hours of watching surveillance footage of previous crimes and watching vehicles at hotels and local businesses the investigators caught a break when they came into contact with a suspect involved in the stealing of a utility vehicle in Cameron.

That is when investigators learned there was as group of four individuals traveling along I-35 and U.S. 36 that would steal a vehicle, commit burglaries in that vehicle before stealing a second vehicle to use for their getaway. Ultimately all four suspects were identified and arrested. 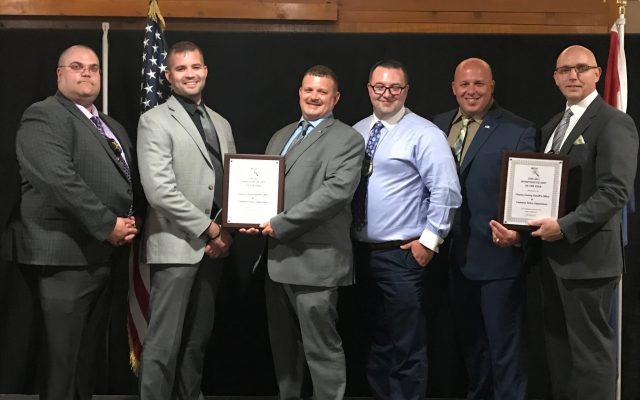