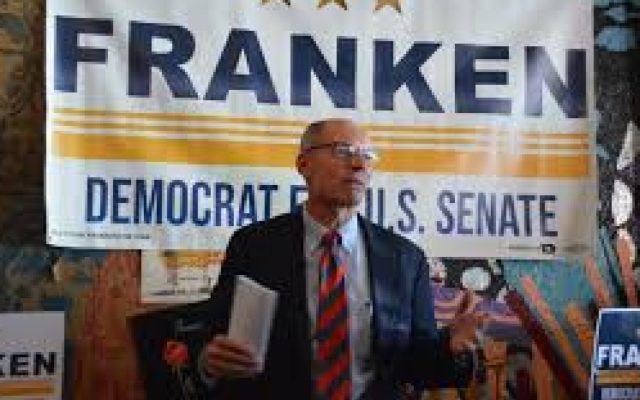 (Radio Iowa) The value of incumbency was the opening topic as Republican Senator Chuck Grassley and his Democratic opponent, Mike Franken, debated on television last (Thursday) night. Grassley, who is seeking an eighth six-year term, will have the most seniority in the Senate if he’s re-elected and he described it as a position of influence.

“I will be number one in the United States Senate,” Grassley said. “…My opponent will be number 100.” Franken is a retired Navy admiral who has never held elected office.

“I will be like that young draft pick,” Franken said. “…I’ve got the vivaciousness and the intellect, the ideas.” The two candidates disagreed on a variety of topics. Franken favors making the 1973 Roe v Wade decision that had legalized abortion for nearly 50 years a federal law.

“This is a private time where a tough decision has to be made, where a lawyer being in the room is not part of the equation,” Franken said, “nor is an intrusive government.” Grassley said the U.S. Supreme Court decision that overturned Roe v Wade has left abortion policymaking to elected STATE officials and he’d vote no on a Republican Senator’s bill that would ban abortions NATIONWIDE after the 15th week of a pregnancy.

“I think everybody knows that throughout my life I’ve been pro-life, pro-mother, pro-family,” Grassley said. “I think the Supreme Court decision was the right decision.” If elected, Franken would vote to repeal Trump-era tax cuts.

“The ones for the middle class or the upper middle class, they expired in 2021.” Franken said. “They’re slowing going out of vogue, although the big ones for the Uber wealthy, they’re still in place.”
Grassley said repealing those tax cuts would lead to lead to the biggest tax increase in the history of the country.

“And look at what happened as a result of the 2017 tax bill,” Grassley said. “Before the pandemic, we had the best economy we’d had in 50 years. We had the lowest unemployment we’d had in 50 years.” Near the end of the debate, Franken responded to a former campaign aide’s allegation that he had kissed her without her consent. Franken, who said he has zero tolerance for sexual misdeeds, seemed to suggest the Grassley campaign had a role in making the allegation public.

“It is just a ploy because he’s got a problem, because it’s know that he’s got some anti-women activity in his career,” Franken said. Grassley responded: “My colleague, you’re in no position to lecture me about women. You’re in not position to do that.” The candidates agreed the U.S. should be supporting Ukraine’s effort to repel Russia from its territory. Franken said if Russia’s president orders a nuclear strike, the U.S. should send in unarmed soldiers who are specially trained to respond to radiation victims. Grassley said deployed American soldiers should be armed so they can defend themselves. Last (Thursday) night’s debate, which aired on Iowa P-B-S, is the only joint appearance the candidates will make before the November election.