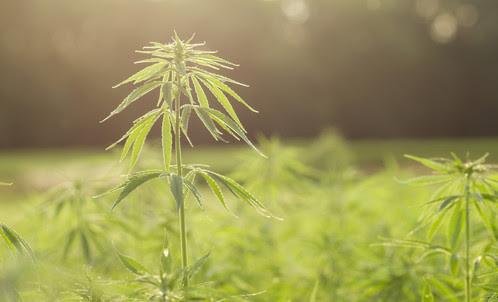 (Radio Iowa) The growing of industrial hemp has not taken off as some envisioned when it returned to Iowa fields in 2020. Lane Kozel with the Iowa Department of Agriculture says the number of growers fell again this season.

“Believe last year, we dropped to 45. And this year, we had 33, licensed growers. Of those 33, 26 growers actually planted a hemp crop. So we’re down to about 26 growers this year,” he says. “So it’s been cut in half every year since the program was started.” Kozel says one of the factors is the cost of the inputs and the amount of manual labor needed to properly cultivate and grow a crop .

“I don’t think there’s a market for it as well, I don’t think that’s been established is to help out or growers either,” Kozel says. The processing needed to extract the C-D-B or to create seeds, for grain or fiber has not taken off in Iowa.

“Once it grows and there’s no place to go with it — that’s kind of leads to people not being interested either,” he says. Many other states also approved industrial hemp programs, and he says that created a lot of product.

“You know, there’s been talked as long as it’s programs and going people have been, sitting on previous crops. C-B-D, that seemed to be the big boom, in previous years. And I think the market is saturated with that,” Kozel says. “And so until we can find some uses for some fiber and some grain, I think it’s going to stay where its at.” Kozel says there needs to be development of processing to use the hemp to make it worthwhile for growers to invest in.

“When we first started the program, I mean, everyone’s got, you know, great ideas with hemp concrete and housing, building material and clothing and what have you, but there’s just none of that going on right now, to my knowledge,” according to Kozel. “I’m sure there’s some small businesses in the country that are making him closing blue jeans out of hemp and things like that. But far as an Iowa, there’s nothing.” The industrial hemp is required to pass a test that shows it has a T-H-C level below three-point-nine percent. The crop has to be destroyed if it can’t meet that standard. Kozel says everyone passed the test this year.