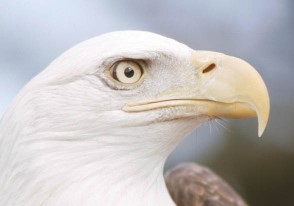 All indications point to 2022 being a really good year for eagles wintering in Iowa.

Bald eagles are migratory, but only travel as far as necessary to find food. The Iowa Department of Natural Resources says eagles wintering in Iowa likely came from Minnesota, Wisconsin and Michigan. They join resident Iowa eagles looking for river sections with open water to dine on fish and waterfowl.

For many years, the Mississippi River along eastern and southeastern Iowa was home to the highest number of eagles, but recently, the Iowa River and the Des Moines River have hosted more eagles.

The bald eagle population trend extends beyond Iowa’s border to include other Midwestern states. DNR says that the state may be reaching population capacity.

The state population is measured by nesting success and since the late 1990s, the number of nests in Iowa has increased four to five times, now numbering more than 500 across the state.

The best eagle viewing is along Iowa’s rivers where there is open water and roosting trees nearby. Eagles use these areas for food and one of the most popular areas for eagle viewing has been in Keokuk.