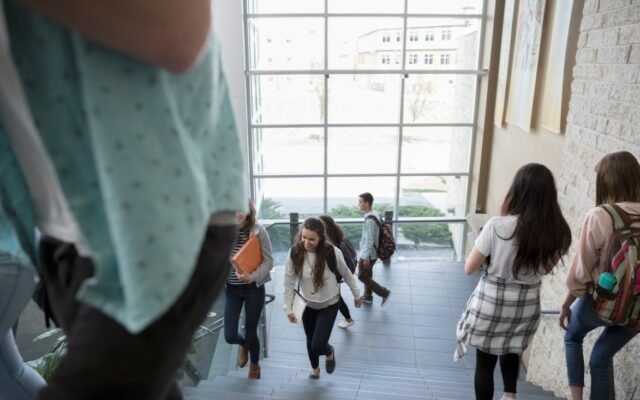 (Radio Iowa) The Iowa Board of Regents has voted to remove the ACT and SAT requirements for admission to the state’s public universities. The requirements were temporarily waived in 2020 during the COVID-19 pandemic and Regents Chief Academic Officer Rachel Boon says it gives the three state schools more options.

“Having an alternative pathway that will really just give the admissions offices great flexibility in making admission decisions in the absence of an ACT or SAT score,” she says. The University of Iowa, Iowa State University, and the University of Northern Iowa use what’s called the Regent Admission Index (RAI) for classifying students. Boon says that won’t really change.

“It uses the same factors that it has for several years now — which is mainly the high school GPA, the number of core college prep courses taken, and an ACT score. That is going to continue to be the primary pathway for automatic admission for Iowa residents to all three of our institutions. Boon says they’ve been studying the use of the college entrance exams for some time.

“And our findings continue to indicate that the tests do have some value in predicting first-year GPA, but ultimately have sort of a limited relationship to the likelihood of graduation,” Boon says.

“High school GPA actually showed a stronger relationship to graduating in four years — which is, of course, the outcome that is most desirable,” according to Boon. “I want to be clear — this does not mean the ACT has no value. We continue to believe that the ACT does have value. But it does mean that in the absence of an ACT score, admissions offices can still use the GPA and other academic information to still make really well-informed admissions decisions.” The change still needs to be approved by the Iowa Administrative Rules Review Committee.