Missouri Set to Ban Most Abortions if Roe Falls 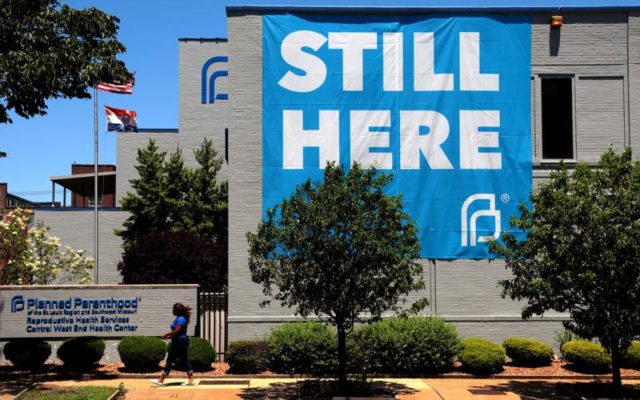 FILE - In this May 29, 2020, file photo, a banner hangs on the side of the Planned Parenthood building in St. Louis. A full federal appeals court panel is rehearing a case over Missouri abortion restrictions. The U.S. 8th Circuit Court of Appeals last week decided to take up the case on its own motion. At issue is a 2019 state law to ban abortions as soon as eight weeks into pregnancy and prohibit abortions based on a Down syndrome diagnosis. (Robert Cohen/St. Louis Post-Dispatch via AP, File)

Republican Attorney General Eric Schmitt on Tuesday said he will take immediate action to allow an abortion ban to take effect if the landmark ruling is overturned.

“If we’re successful and Roe v. Wade is overturned, I’m prepared to immediately issue the opinion that would protect the unborn in Missouri,” Schmitt said.

The GOP-led Legislature passed the abortion ban in 2019 in hopes that the 1973 ruling would later be tossed out.

Under the 2019 law, abortions would only be allowed to save the life of the mother. Performing an illegal abortion would be a felony punishable by 5 to 15 years in prison.

Yamelsie Rodríguez, president and CEO of Planned Parenthood of the St. Louis Region and Southwest Missouri, in a statement said abortion is currently legal in Missouri and said patients should still show up for their appointments.

“No matter what, with our partners, we will fight for what little is left of abortion access in Missouri and push forward to expand in Illinois where abortion access is protected beyond Roe,” Rodríguez said.