Repair of Iowa Bridges a Priority With New Infrastructure Funding 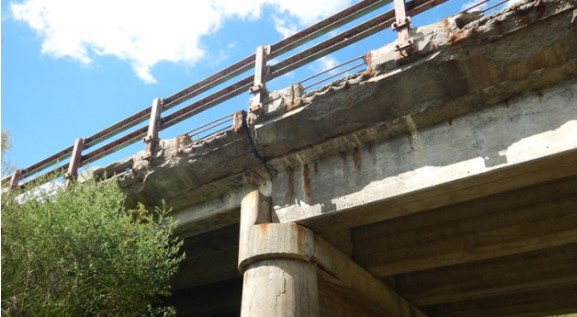 Photo by Missouri Department of Transportation

“When you have these bridges, for example, in need of repair, a lot of projects, I think, will make their way to the top of the list for that reason,” Buttigieg says. Nearly one in five bridges in Iowa is considered structurally deficient. Buttigieg is holding news conferences around the country to emphasize that 20 percent of the new infrastructure spending is reserved for projects in rural areas — where 19 percent of Americans live.

“This really is a once in a lifetime investment,” Buttigieg said,” and having gotten to know Iowa well, having traveled many of those roads and having gone around those bridges that are load limited or need work, I’ve seen how much of a difference this legislation is going to make in the Midwest generally and in Iowa specifically.” Buttigieg won Iowa’s 2020 Caucuses, but dropped out of the presidential race a month later and endorsed Joe Biden. Republican Senator Chuck Grassley and Congresswoman Cindy Axne, a Democrat, were the only two members of Iowa’s D.C. delegation who voted for the bipartisan infrastructure bill. Axne says adding money for broadband and water systems, Iowa will receive five BILLION dollars in total as a result of the infrastructure bill.

“This law includes more than 375 programs that rural communities across the third district are eligible for,” Axne says. Axne says she’s grateful to see the infrastructure funding starting to go out the door.

“I am always disappointed, though, when I see too many people taking credit without explaining where the funding does come from,” Axne says. Axne says elected officials, including the governor, should explain the money for infrastructure and other large scale projects came from the bipartisan infrastructure bill as well as the federal pandemic relief packages approved during the Trump and Biden Administrations.