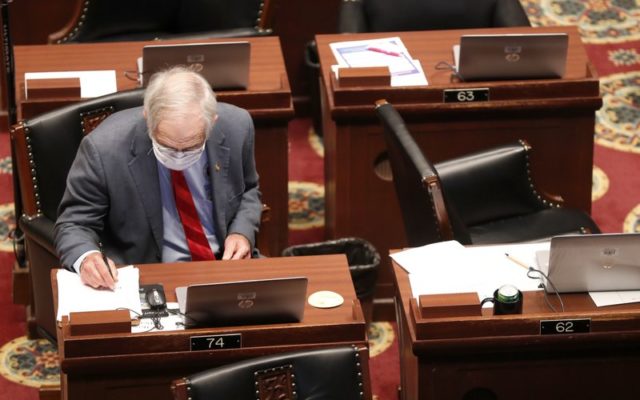 FILE - In this Monday, April 27, 2020, file photo, state Rep. Herman Morse, R-Dexter, wears a protective mask as he sits at his desk in the House chamber in Jefferson City, Mo. Missouri lawmakers on Thursday, May 14 passed a bill to ban the state from doing business with companies that boycott Israel. (AP Photo/Jeff Roberson, File)

(MISSOURINET) –  A state lawmaker has a plan to try and recruit primary care physicians to rural Missouri.

State Representative Herman Morse, a Republican from southeast Missouri’s Dexter, is proposing to give them a tax credit against their state tax liability of up to 15-thousand dollars annually for five years.

Under the bill, the doctors must practice and live in a county with fewer than 35-thousand people.

With three weeks to go in this legislative session, the bill’s likely best chance of passing would be to attach it to a similar bill closer to passing.