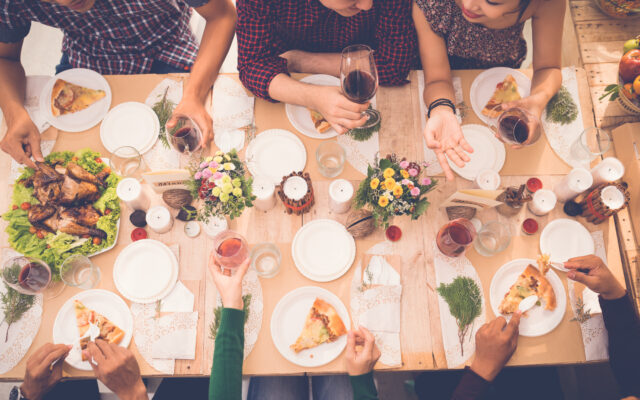 (Radio Iowa) Many people will be meeting up next week with family members they haven’t seen in a while, and some of us need to mentally prepare ourselves so we’re not sucked into a squabble that ruins Thanksgiving. University of Iowa professor and psychologist Michele Williams says we just had the mid-term elections last week, but that’s likely something to be avoided, along with discussions about inflation, gas prices and the economy. Even vaccines can still be a touchy subject.

“With the kind of triple threat of COVID is still around, we’re having the flu, we have RSV, so people are not necessarily going to be healthy this holiday season,” Williams says. “So there’s a lot to talk about that is potentially still divisive and so much in the media that people it may be on people’s minds.” In order to keep family conversations civil, Williams says the key is to make discussions dialogues, not debates. Stay patient, she says, and tread carefully on potential hot-button topics.

“If you were just talking about the price of gas or how the restaurant prices have gone up, so just things that you might talk about in a normal family gathering like, ‘Oh, where are you going?’ ‘We’re not sure if we’re gonna fly home to such-and-such because airline prices are still high,’ that could easily spill over to political perspective on how the economy is going.” She says some families manage conflict by deciding only to talk about football or the kids or other things that they have in common — and not politics.

“We need to listen more. Americans are not really good at listening. We’re good at talking, we’re good at having debates and trying to prove the other side wrong,” Williams says. “We need to kind of move that more to a dialogue where we’re interested and curious about the other side. So we need to listen and I think about it as listening with empathy and grace.” Williams is a UI professor of management and entrepreneurship in the Tippie College of Business and she’s a psychologist who specializes in management communications and relationships.