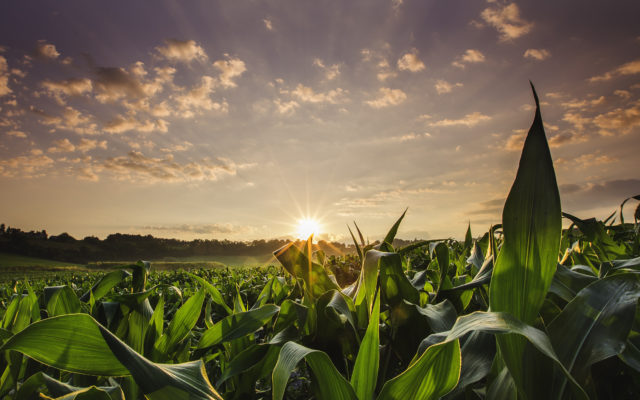 (Radio Iowa) The USDA is predicting the average corn yield in Iowa this year will be 202 bushels an acre. That’s just a couple of bushels short of last year’s record. Iowa State University ag economist Chad Hart says drought conditions had a mixed impact on yields.

“The western side of the state faced more of those drought problems. As we move over, especially into east central Iowa, we saw some record yields from some producers there,” Hart says, “and so when we add it all up for Iowa, it was actually a pretty good production year.” Commodity prices are strong and the U-S-D-A predicts farm income nationwide will be about five percent higher than in 2021.

“Agriculture’s in a pretty good spot right now. We are seeing good revenues when we look across the board. The challenge is we are starting to see those input costs rising,” Hart says. “…Eventually those costs will catch up to the prices we’re capturing today.” Initial USDA projections for 2023 suggest Iowa farmers will plant more acres of corn next spring.

“That tells me that USDA is saying farmers are still chasing after the higher prices or higher returns that corn produces,” Hart says, “even though corn is the higher cost crop to produce.” Hart says lingering drought conditions have been a concern for farmers in each of the past two growing seasons and will be again in 2023.

“The longer we’re in this pattern, the most likely we are to see more dramatic impacts on our production,” Hart says, “and do some true economic harm to Iowa agriculture.” Officials in Texas say drought there is causing billions of dollars in losses for cotton farmers. In the American west, drought conditions have persisted for 22 years and ag operations are fighting to maintain access to water.