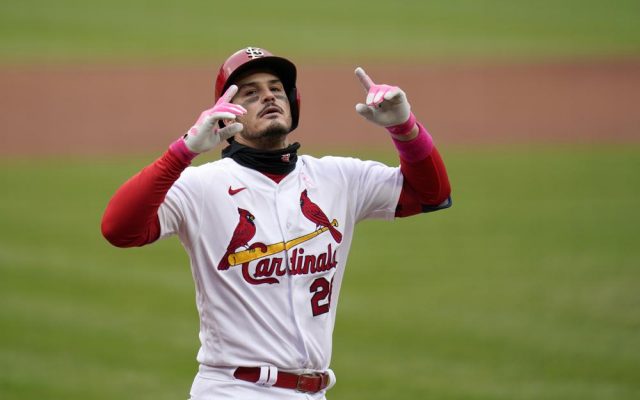 St. Louis Cardinals' Nolan Arenado celebrates after hitting a solo home run during the second inning of a baseball game against the Colorado Rockies Sunday, May 9, 2021, in St. Louis. (AP Photo/Jeff Roberson)

The Brewers are 9-6 against the rest of their division. The Milwaukee offense has compiled a .216 batting average as a team this season, last in the National League. Avisail Garcia leads the team with an average of .273.

The Cardinals are 8-4 against NL Central Division opponents. St. Louis has slugged .403, good for fourth in the National League. Nolan Arenado leads the team with a .511 slugging percentage, including 18 extra-base hits and six home runs.

TOP PERFORMERS: Shaw leads the Brewers with five home runs and has 22 RBIs.

Arenado leads the Cardinals with 18 extra base hits and 23 RBIs.

The Associated Press created this story using technology provided by Data Skrive and data from Sportradar.