Pet Of The Week – Atticus 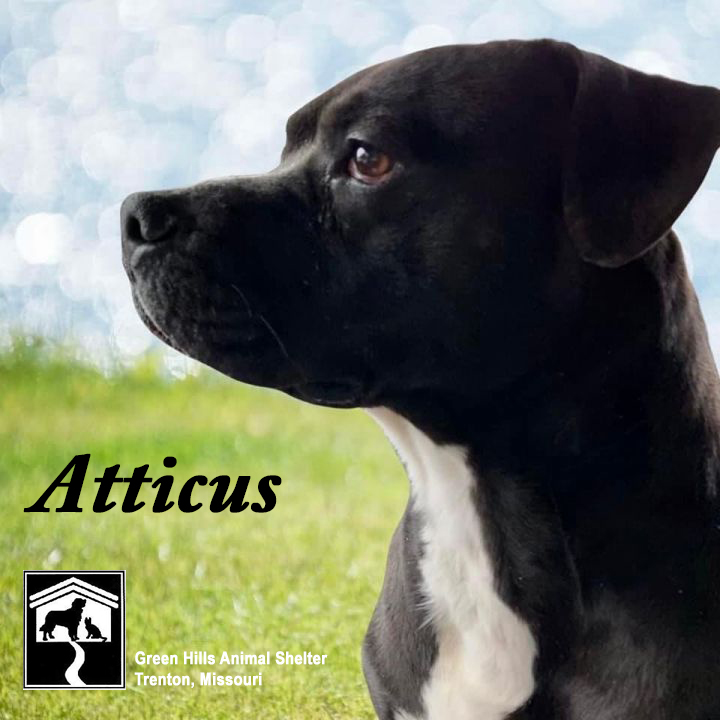 We’d like to introduce you to Atticus! Atticus is a young, handsome Pittie mix who we believe to be about 2 years old.  Atticus was transferred to us from another shelter whose staff was so charmed by him that they wanted to give him a better chance of finding a Forever Home and Family of his own.

Atticus is a friendly, affectionate Pibble who loves and gets along with everyone he meets. He genuinely enjoys being with people and LOVES attention. Atticus is quite playful and his happy personality can easily put a smile on even the most serious of faces.  Atticus gets along well with the other dogs at the shelter, and this smart boy appears to be potty trained as well.

Atticus’s friendly, loyal personality will make him a great family dog, and if he could describe the Forever Home that he is dreaming of, he would simply ask for a home with a family who will shower him with attention and love. He would very much like to be an indoor dog so that he can stay close to those that he loves, and of course, he would also enjoy having a securely fenced yard so that he can safely enjoy some outdoor time playing with his family. Atticus would very much enjoy a soft bed and some toys of his own, and this smart boy would also enjoy bonding with his family by learning some tricks and commands.

Atticus will go to his Forever Home neutered, dewormed, heartworm tested, and up to date on all vaccinations including rabies. He is a sweet boy who is longing for a family to love; could he spend his life with you?

For more information on Atticus, or any of the pets waiting for their homes at Green Hills Animal Shelter, please phone the shelter at 660-359-2700. Atticus and his fur-friends will be waiting to meet you!